You Are Here: Yousri Mohamed 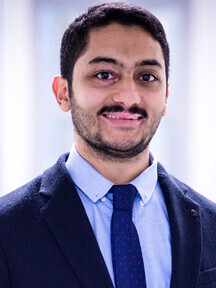 Mohamed Yousri obtained a B. Sc. in Mechanical Engineering at the University of Debrecen (Hungary) between 2013 to 2017 with a specialization in “Operation and Maintenance”, after which he directly received an Erasmus+ scholarship to study a European Joint Master Degree specialized in Tribology of Surfaces and Interfaces between 2017 and 2019. Mohamed studied his masters at the University of Leeds (UK), University of Ljubljana (Slovenia) and Luleå University of Technology (Sweden) respectively and he wrote his M. Sc. thesis in cooperation with the Swedish Engineering company “Sandvik” which was aimed at creating a FEM-based Multiphysics model of a spiral groove bearing used by Sandvik in their cone crushers, in order to gain a deep understanding of how it operates and to suggest design improvements based on the model.

Starting from October 2019, Mohamed has been employed as a research assistant in the Off-Highway branch of MSE institute at RWTH Aachen University.