You Are Here: FVA 685 II Couplings under Impact Loads 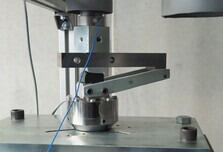 The behavior of elastomer couplings is heavily dependent on the speed of the load application. The FVA 685 I project mad it possible to investigate the behavior of test specimens under shock-type loads by means of a drop tower test. This is a very suitable method for investigating elastomer components under shock-type loads. However, the reaction behavior of test samples is not directly transferrable onto market-standard couplings.

The objective of the proposed project is to use drop tower experiments on different market-standard couplings to develop a standardized parametric model for characterizing the reaction behavior of the couplings under highly dynamic shock-type loads. 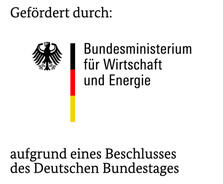 The Federal Ministry for Economic Affairs and Energy, BMWi